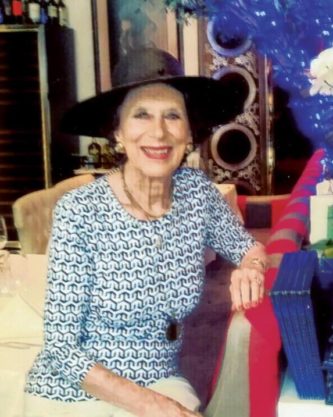 Runway fashion model, teacher, wife, and mother, Joan Maddy has put her hand to many tasks and good causes over the years. Now a widow and retired, this New York City native enjoys the view of ocean waves from her home in Vero Beach, Florida. But “retirement” hasn’t slowed her action for the good of the Church.

Joan traces her commitment to the Catholic faith to her college years when she was introduced to the writings of St. Thomas Aquinas. The Angelic Doctor captured her intellect and imagination as she worked her way through the Summa Theologica and the Summa Contra Gentiles.

That rich intellectual foundation she received as a young woman led her to appreciate the quality Catholic education available today at Franciscan University. Then, after learning about Franciscan’s Priestly Discernment Program, she realized that it addressed a crucial need.

“The Eucharist and the priesthood are why I am a Catholic,” Joan says. “We must do things to strengthen the priesthood: I don’t pray for merely more priests, but for holy priests, and the Priestly Discernment Program answers that need. The Lord still calls young men but they can’t always hear his voice. [This program] enables them to do that.”